A Mother’s Perspective: When Lidcombe Stuttering Treatment Does Not Work and the Importance of Tailoring Treatment to the Child and Family Unit (Ep. 512) 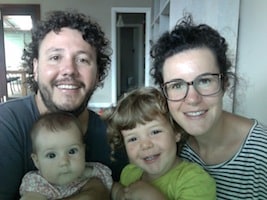 Claire Campbell joins Peter Reitzes to discuss her experiences with preschool stuttering treatment and her views on Speech Pathology Australia’s proposal to the Australian Government Department of Treasury.

Ms. Campbell was asked about an individualized and family centered stuttering treatment approach she is using now for Wellington with a speech-language pathologist she recently found. Ms. Campbell explained that her family is much more comfortable with this approach and feels able to include relatives and teachers in the treatment. In just a week, Ms. Campbell reported Wellington’s new treatment has had a great positive impact on the family and that Wellington is feeling empowered and is responding well to treatment. Ms. Campbell described this as a positive parent/child/clinician therapeutic relationship.

At the end of the episode, Ms. Campbell expressed expressed great concern regarding Speech Pathology Australia’s proposal to the Australian Government Department of Treasury. For background, Jane Fraser, President of the Stuttering Foundation, described the issue in a recent statement:

“Australia’s professional association for speech pathology has recently submitted a proposal to the Australian government seeking to provide reimbursement for only a single type of stuttering treatment, creating a ‘one-size-fits-all’ policy for treating pre-school children who stutter. We find this proposal unthinkable and strongly oppose any policy action to limit choices to a single method by controlling government reimbursements for healthcare practitioners in any field…”

Ms. Campbell encouraged Speech Pathology Australia and professionals to consider the importance of each family unit when making treatment decisions and to “tailor treatment to the individual child.”