Camp SAY – The Stuttering Association for the Young 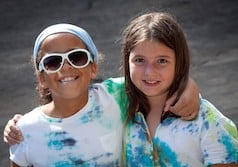 Camp SAY (formerly Camp Our Time) “is a life-changing summer camp for kids & teens who stutter” which “combines the highest-quality, traditional summer camp experience, with activities that empower young people who stutter.”

StutterTalk has been honored to feature Taro Alexander, Founder and Director of SAY: The Stuttering Association for the Young, and many SAY participants on air. Click here to listen to 15 StutterTalk interviews with SAY campers, staff and volunteers. 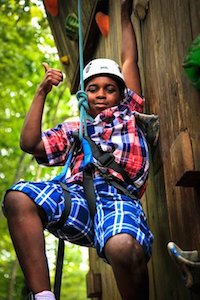 On one of Taro’s many appearances on StutterTalk, he explained:

“We are here to help you say the things that shouldn’t go unsaid. I think that can be the real tragedy of stuttering. When you see kids not saying what they want and keeping all these things inside.” -Taro Alexander, StutterTalk episode 445

StutterTalk hosts Caryn, Joel, Roisin, Reuben and Peter have all participated in CAMP SAY and SAY events as volunteers, staff or visitors. StutterTalk is not affiliated with SAY – we just deeply admire their work and appreciate their support of StutterTalk. Taro Alexander from SAY was one of StutterTalk’s very first guests, appearing on StutterTalk episode 12 in 2007 and many times since.