Serious Concerns about Speech Therapy for People Who Stutter in the Public Schools (Ep. 484) 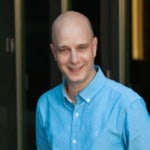 Taro Alexander joins Peter Reitzes to discuss serious concerns about speech therapy for people who stutter in the public schools. Mr. Alexander is asked about a very upsetting presentation he recently attended in the schools in which speech-language pathologists were “trained” to encourage students to change words, to use starter or filler sounds sounds such as “um” to postpone stuttering and shown to use words like “yucky” when discussing stuttering and speech tools with students.

TARO ALEXANDER, is Founder and Director of SAY: The Stuttering Association for the Young, formerly Our Time. Mr. Alexander founded SAY 14 years ago. He is an accomplished performer, teacher, and director who has stuttered since the age of five. SAY is guided by the belief that a young person who stutters has a voice that matters and it is a voice that deserves to be heard. SAY’s programming includes their Building Confident Voices programs after school and on weekends, speech therapy and an annual summer camp in North Carolina.