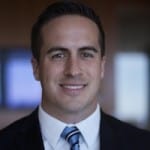 This is StutterTalk’s second episode in a series featuring New York City members of the National Stuttering Association (NSA). On Sunday, May 15th, the NYC Chapters of the NSA will hold their first local stuttering conference. It will be a day to support, educate, and empower stutterers as they explore The Past, Present, and Future of Stuttering. Event details here. Mr. Schuyler is asked today to discuss this workshop which is expected to draw 50-60 people who stutter.

Christopher Schuyler hails from Easton, Pennsylvania. Mr. Schuyler is a 31 year old person who stutters, a corporate attorney working in NYC and a marathoner.