The Way We Talk: When Stuttering Truly Becomes Okay (Ep. 569) 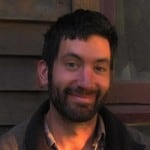 Michael Turner is a filmmaker and a person who stutters. Turner was awarded the 2015 Oregon Media Arts Fellowship for The Way We Talk, his documentary about his experiences with stuttering. The film is currently touring festivals and universities nationwide, and premieres internationally next month at the One World International Human Rights Film Festival in Prague. Mike lives in Oregon and is about to become a dad.

Christopher Constantino is a person who stutters, a StutterTalk host and a PhD student in Communication Sciences and Disorders at the University of Memphis. Chris is doing his clinical fellowship in the Shelby County Schools in Memphis and is conducting a research study to understand and contextualize the experiences of passing as fluent for people who covertly stutter.

“The Way We Talk” – A Documentary about Stuttering by Michael Turner (Ep. 417)

ROISIN MCMANUS and JOEL KORTE (of the StutterTalk B Team) interview MICHAEL TURNER about the documentary he is producing titled The Way We Talk. Some of the topics covered in the interview are the purpose of the documentary, Michael’s artistic vision and growing up with a brother who stutters.

Michael is currently raising funds for the project via his kickstarter page. Michael can be contacted at thewaywetalkmovie@gmail.com