What Causes Stuttering with Dr. Dennis Drayna from the NIH (Ep. 560) 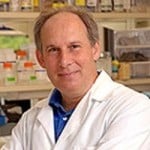 What causes stuttering is a question that professionals and others in the stuttering community are frequently called upon to answer. Today on StutterTalk we ask Dr. Dennis Drayna how he responds when parents ask this question. Dr. Drayna reports that a fourth stuttering gene has been found and that scientists may not be able to account for upwards of 12-20% of stuttering cases.

Did Neanderthals Stutter? – An Update on Genetic Stuttering Research with Dr. Dennis Drayna from the NIH (378) 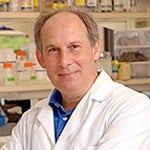 Dr. Drayna appeared on StutterTalk in 2010 when his research team identified mutations in three genes as a source of stuttering in almost 9% of the volunteers studied. Listen here.

StutterTalk thanks Dr. Tom Weidig at The Stuttering Brain blog for preparing some questions for this episode. Read Dr. Weidig’s summary and comments on today’s episode here.