Is it healthy to work on your stammering all the time? (Ep. 711)

Nicholas Fischer joins Dr. Christopher Constantino to discuss stammering dominating all of one’s decisions, stammering as much as you want, and how much one should focus on facing stammering. Nicholas and Chris also discuss different views stemming from issues raised in the previous StutterTalk episode, Stuttering Recklessly: Doing the Hard Work of Change (Ep. 710). 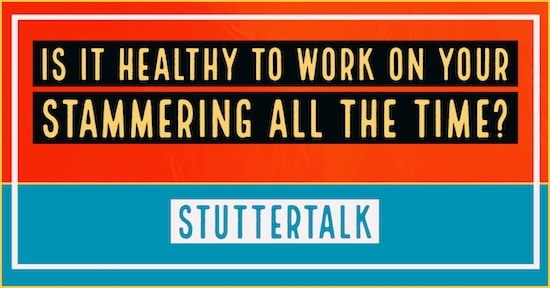 Nicholas Fischer is an intellectual property lawyer at London-based firm Marks & Clerk Law and a person who stammers. He is also one of the co-founders of STAMMA Legal, a network for people who stammer working in the legal industry.

Dr. Chris Constantino joins Peter Reitzes to discuss stuttering recklessly and doing the hard work of change. Peter and Chris share thoughts on “tough love” in self-help and in speech therapy and the importance of being open with stuttering. 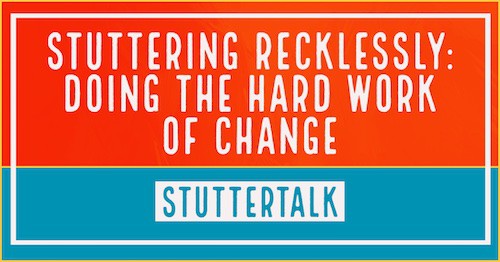 Peter Reitzes is a speech-language pathologist in North Carolina and President of StutterTalk.

Michael Kidd-Gilchrist, a professional NBA basketball player, joins Chaya Goldstein to discuss his “Change and Impact Initiative” for stuttering. This initiative is a platform created to improve access to healthcare and expand services and resources for those who stutter. Mr. Kidd-Gilchrist shares his vision for creating change for stuttering through legislation in congress and how he believes the time to act is now when we have a president in the white house who stutters. Michael also speaks to why he believes imperfection is beautiful, and how he is facing his fears by speaking about stuttering and creating the Change and Impact Initiative. 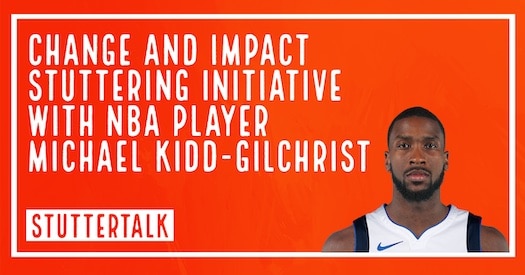 Michael Kidd-Gilchrist, also known as “MKG,” is a  professional American basketball player who has played in the National Basketball Association (NBA) since 2012. MKG first gained national attention in high school as a McDonald’s  All-American and was named Mr. Basketball USA. He went on to play college basketball for the University of Kentucky where he and his teammates won the 2012 NCAA Division Men’s Basketball Tournament. MKG was selected as the second  overall pick by the Charlotte Bobcats in the 2012 NBA Draft. He has played for the Charlotte Bobcats/Hornets, the Dallas Mavericks, and the New York Knicks throughout his NBA career.

Peter Reitzes talks to Dr. Chris Constantino about how facing stuttering helped prepare him for other life challenges such as weight loss. 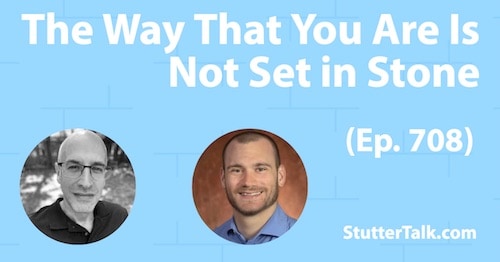 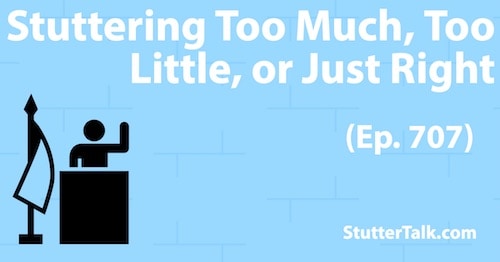 My Beautiful Stutter with Taro Alexander of SAY (Ep. 706)

Taro Alexander joins Peter Reitzes to discuss the wonderful documentary film My Beautiful Stutter which follows five kids who stutter, ages 9 to 18, from all over the United States and all walks of life who meet at SAY, an interactive arts-based program.

StutterTalk is so proud to have interviewed Taro many times. Click here to hear the full Taro Alexander StutterTalk archive.

StutterTalk® is a 501 (c)(3) non-profit organization dedicated to talking openly about stuttering. StutterTalk is the first and longest running podcast on stuttering. Since 2007 we have published more than 700 podcasts which are heard in 180 countries.