A Mother’s Perspective on Stuttering Treatment: When Lidcombe Does Not Work and Dismay Regarding Speech Pathology Australia’s Proposal (Ep. 511) 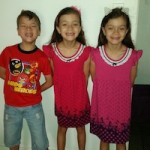 Charlotte Jolley in Perth, Australia joins Peter Reitzes to discuss being the mother of triplets who all received Lidcombe Stuttering Treatment. Sophia and Maddy recovered while Alex, now 8 years old, continues to stutter. Ms. Jolley reports that Alex received Lidcombe on-and-off for 3-4 years and participated in over 100 treatment sessions. Ms. Jolley expresses feeling that some of her previous speech-language pathologists gave up or “threw in the towel” on helping Alex. Ms. Jolley discussed feeling extremely pleased now that Alex is receiving treatment that focuses on acceptance, empowerment, meeting and learning from other children who stutter and easier ways of talking. After just a single session that focussed on acceptance, Alex is described as a “different boy.” 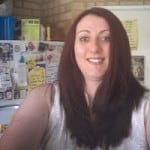 Ms. Jolley expressed great concern and dismay regarding Speech Pathology Australia’s proposal to the Australian Government Department of Treasury. Jane Fraser, President of the Stuttering Foundation, described the issue in a recent statement:

“Australia’s professional association for speech pathology has recently submitted a proposal to the Australian government seeking to provide reimbursement for only a single type of stuttering treatment, creating a ‘one-size-fits-all’ policy for treating pre-school children who stutter. We find this proposal unthinkable and strongly oppose any policy action to limit choices to a single method by controlling government reimbursements for healthcare practitioners in any field…”