Public Speaking, Stuttering and Doing What You Fear (Ep. 400) 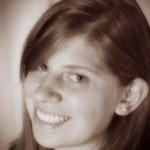 Reuben was awarded second place in the Toastmasters District Contest in North Carolina and Susannah is the 2013 recipient of the The James Soper Merrill Prize which is awarded to the graduate “who, in character and influence, has best typified the highest ideals of the College.” Susannah’s acceptance speech can be viewed here. 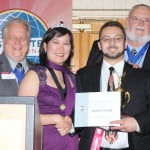 SUSANNAH PARKIN is a person who stutters and a recent graduate of Hamilton College in Clinton, NY. Susannah interned at the Stuttering Foundation in 2011 and is currently working as a research coordinator at Massachusetts General Hospital. Ms. Parkin plans to pursue a PhD in clinical psychology.

REUBEN SCHUFF is an Aerospace Engineer. He co-founded the Teens Who Stutter (TWST) chapter of the National Stuttering Association (NSA) in Raleigh, North Carolina. Reuben contributed the chapter titled Fluency: My Untrustworthy Friend in the StutterTalk book: Stuttering: Inspiring Stories and Professional Wisdom. Reuben has appeared numerous times on StutterTalk; his appearances are archived here.