The Genetics of Stuttering with Dr. Dennis Drayna from the NIH (Ep. 684)

Dennis Drayna, Ph.D. joins Peter Reitzes to discuss the genetics of stuttering and a recent study in which stuttering mutations were engineered into mice that caused stuttering-like vocalization deficits.

Dr. Dennis Drayna is Scientist Emeritus at the National Institute on Deafness and Other Communication Disorders and a Board Member of the Stuttering Foundation.

Dr. Drayna was asked to discuss how “normal” mice responded to mice with stuttering-like vocalizations, what genetics research suggests about persistency and recovery, how genetics research may impact future treatment research, his future plans, and so much more.

A Genetics and Stuttering Update with Dr. Dennis Drayna from the NIH (Ep. 561)

Dr. Dennis Drayna joins Peter Reitzes to provide StutterTalk listeners with an end of the year genetics update. Dr. Drayna discusses recent research, answers listener questions and reports that his team at the NIH recently discovered a fourth stuttering gene. Dr. Drayna shares that these four stuttering genes account for between 12-20% of stuttering cases worldwide. The interview ends with a fascinating discussion regarding research in progress which looks at the vocalizations of mice engineered to carry a mutated gene and the speech of people of people who stutter. Dr. Drayna reports that there is a difference in “the timing of vocalizations” and something “not quite right” in the mice with the mutated gene which may be similar to human stuttering.

What Causes Stuttering with Dr. Dennis Drayna from the NIH (Ep. 560)

What causes stuttering is a question that professionals and others in the stuttering community are frequently called upon to answer. Today on StutterTalk we ask Dr. Dennis Drayna how he responds when parents ask this question. Dr. Drayna reports that a fourth stuttering gene has been found and that scientists may not be able to account for upwards of 12-20% of stuttering cases.

Ask. Dr. Dennis Drayna from the NIH about Genetics and Stuttering (Ep. 500)

Dr. Dennis Drayna joins Peter Reitzes for this special Ask the Expert episode to answer listener questions on genetics and stuttering. Thanks to the NIH for promoting this milestone episode!

Did Neanderthals Stutter? – An Update on Genetic Stuttering Research with Dr. Dennis Drayna from the NIH (378)

Dr. Drayna appeared on StutterTalk in 2010 when his research team identified mutations in three genes as a source of stuttering in almost 9% of the volunteers studied. Listen here.

StutterTalk thanks Dr. Tom Weidig at The Stuttering Brain blog for preparing some questions for this episode. Read Dr. Weidig’s summary and comments on today’s episode here. 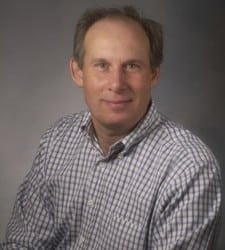 Dr. Dennis Drayna, geneticist and senior researcher for the National Institute on Deafness and Other Communication Disorders, joins Peter Reitzes to discuss his recently published research which has identified three genes as a source of stuttering in families studied.

The research article that Dr. Drayna is senior author on and discusses, Mutations in the Lysosomal Enzyme–Targeting Pathway and Persistent Stuttering, is available at the New England Journal of Medicine. This research has been covered widely in the media including this segment on National Public Radio featuring Jane Fraser, President of the Stuttering Foundation.

StutterTalk® is a 501 (c)(3) non-profit organization dedicated to talking openly about stuttering. StutterTalk is the first and longest running podcast on stuttering. Since 2007 we have published more than 700 podcasts which are heard in 180 countries.