Facing Stuttering and Not Giving Up with Kelly Snow (381) 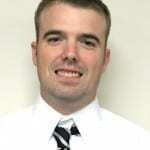 Kelly Snow, a longtime veteran of the stuttering community, joins Peter Reitzes to discuss employment challenges, being a reporter who stutters, being the father of two children who stutter, facing stuttering during junior high school, how his faith helps him cope with stuttering, his experience being the second person ever to have a SpeechEasy device and so much more. Kelly and Peter even role play a job interview to hear how Kelly talks openly and positively about stuttering during challenging situations.

KELLY SNOW is 34-years old and a lifelong stutter. Kelly has been a sportswriter and editor and is currently the sports editor of his hometown newspaper — The Courier-Times in Roxboro, NC. During his 12-year journalism career, Kelly has received 13 state press association awards.

During today’s episode we played an edited audio excerpt from this video titled speecheasy. We also discussed these two awesome short essays written by Kelly when he was in high school which are archived at the Stuttering Homepage.