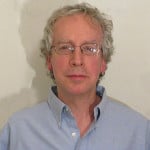 Jeff Shames joins Peter Reitzes to discuss being in a positive and productive place with his stuttering. The big question Jeff is asked is How Did You Get There? Jeff is also asked about the previous episode, Knowing What to Do and Not Doing It (Ep. 421).

Jeff and Peter discuss stuttering well, voluntary stuttering, self help, hitting rock bottom, being in a good place with stuttering and still working on it and this quote brought up on last week’s episode:  “Change only happens when the pain of staying the same is greater than the pain of change.” –Scott Yaruss

JEFF SHAMES is a social worker, filmmaker and writer who co-founded the Manhattan Stuttering Group. He is a psychotherapist, and co-produced the documentary films Spit It Out and My First Friends Convention. A native of Tulsa, OK, Jeff lives in New York City with his wife, Elisa DeCarlo.