Passing Twice: A Place for LGBTQ People Who Stutter and Their Allies (Ep. 595) 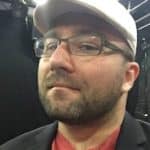 Bill Collins and Casey Kennedy join Peter Reitzes to discuss Passing Twice: A Place for LGBTQ People Who Stutter and Their Allies.

Many topics are discussed today including the past and present of Passing Twice, what the stuttering community can learn from the LGBTQ community, how the LGBTQ experience has changed for many over past decades, learning from the struggles of those who have come before us and some interesting twists on the “Would you take a pill to cure your stuttering” question. The guests are asked about from Roger Roe‘s excellent chapter on Passing Twice in the StutterTalk book. 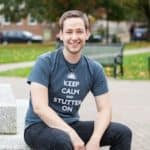 Bill Collins is a person who stutters in Philadelphia, PA. He’s been a member of Passing Twice since 2010 and the National Stuttering Association since 2012.