An Historical Discussion of the King’s Speech (271) 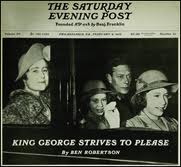