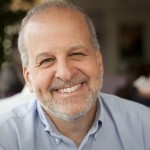 In May of 2013, StutterTalk published two episodes (Ep. 398 and Ep. 399) in which Mr. Reitzes interviewed five people who received treatment at the Hollins Communications Research Institute (HCRI). Mr. Reitzes also interviewed Dr. Ronald Webster, Founder and President of HCRI. Mr. Reitzes asked Dr. Webster about the data and marketing statement on HCRI’s website which stated that “98% recommend HCRI to others who stutter.” Mr. Reitzes pointed out that as far as back as 1997, HCRI reported on their website that “98% said they would recommend it [Hollins treatment] to other stutterers.” Mr. Reitzes also pointed out that in 1997 HCRI reported having served more than 3,900 people who stutter. It was noted that by 2013 HCRI reported having served more than 6,100 people. Mr. Reitzes stated that it is uncanny that for 16 consecutive years, with the addition of thousands of new clients, the 98% recommendation rate had not fluctuated.

During today’s episode (Ep. 414), it is reported that sometime after publishing StutterTalk episodes 398 and 399, HCRI changed their website by removing the marketing statement on the main page which proclaimed that “98% recommend HCRI to others who stutter.” This is what the main page of the HCRI website looked like in May 2013 and this is what the HCRI website looked like in June 2013. Peter and Barry discuss the significance of HCRI’s recent change to their website and go on to discuss bias in reporting.

BARRY YEOMAN is a respected journalist, a person who stutters, an advisor to StutterTalk and a long-time participant in self-help organizations for people who stutter. Barry’s in-depth reporting has appeared in numerous publication including the New York Times and O (The Oprah Magazine). Barry recently hosted five StutterTalk episodes from the 10th World Congress for People Who Stutter in the Netherlands.

PETER REITZES, MA CCC-SLP is President and Host of StutterTalk, a speech-language pathologist and a stutterer.