Stuttering: A World Away from the Authorities (290) 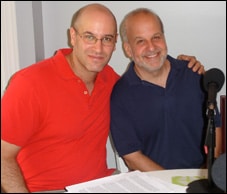 Journalist Barry Yeoman joins Peter Reitzesto discuss stuttering, his radio documentaries and teaching, body image, attending the 9th World Congress for People who Stutter in Buenos Aires in May 2011, the dance and movement workshops he attended at the conference, his radio documentary on Hurricane Katrina and much more.

Barry Yeoman (barryyeoman.com) is an investigate journalist, a contributing editor for AARP Magazine (the highest-circulation magazine in the United States) and a radio documentarian. Barry is also an often called upon member of the StutterTalk Advisory Council.