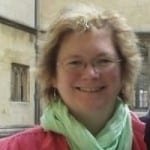 Shelley Brundage joins Peter Reitzes to discuss her new study, Real Enough: Using Virtual Public Speaking Environments to Evoke Feelings and Behaviors Targeted in Stuttering Assessment and Treatment, which is in-press at the American Journal of Speech-Language Pathology (AJSLP). During today’s episode Dr. Brundage shares that she believes they are ready to begin treating people who stutter with virtual reality.

Shelley Brundage, Ph.D., CCC, BRS-FD is an Associate Professor and Graduate Program Director in the Speech and Hearing Science department at George Washington University in Washington DC. Dr. Brundage is currently the Chair of the International Fluency Association’s Membership Committee. 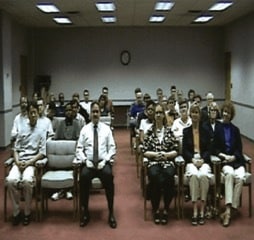 Dr. Brundage’s study discussed on air today was authored with Adrienne B. Hancock.

Preschool Stuttering Treatment: Do You Wait and See When It’s Your Child? (Ep. 419)

Ellen M. Kelly, Craig Coleman and Sheena Reilly join Peter Reitzes to discuss a current study on preschool stuttering out of Australia by Reilly and colleagues which has gathered a lot of media attention and has triggered some significant concerns in the field of speech-langauge pathology. The study, in the journal Pediatrics, is titled Natural History of Stuttering to 4 Years of Age: A Prospective Community-Based Study. The controversy or concerns have arisen, in part, because the study promotes a general policy of wait and see with preschoolers who stutter before beginning treatment. Some, including two of today’s guests, express concerns about the specific measures used in the study and the possible “over-interpretation” of the study’s findings. Guests are asked about the study itself, the response from the mainstream media and several critical press releases by the Stuttering Foundation. 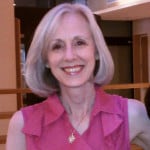 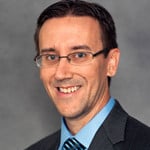 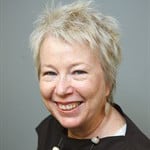 and the media’s response including these stories and headlines:

ELLEN M. KELLY, PhD, CCC-SLP specializes in fluency disorders, is an Associate Professor in the Department of Hearing and Speech Sciences at the Vanderbilt University School of Medicine and a Speech-Language Pathologist at the Bill Wilkerson Center also at Vanderbilt.

CRAIG COLEMAN, MA, CCC-SLP, BRS-FD is an assistant professor at Marshall University and a Board-Recognized Specialist in fluency Disorders. Craig is currently serving his second term as President of the Pennsylvania Speech-Language-Hearing Association and also serves on the Scientific and Professional Education Board of the American Speech-Language-Hearing Association (ASHA). Craig is an adjunct instructor at Indiana University of Pennsylvania and Duquesne University.

Craig Coleman, M.A., CCC-SLP, BRS-FD, joins Peter Reitzes to discuss working with school age children who stutter and preschoolers who stutter and the clinician’s acceptance of stuttering. Craig is asked about a journal he plans to launch which will focus on case studies and about an online support group for teens and children who stutter he is working on with the National Stuttering Association. Mr. Coleman authored (with J. Scott Yaruss and Robert Quesal) a letter to the editor in which they responded to a recent editorial written by Marilyn Nippold. StutterTalk covered this topic during episodes 372 and 373 and Mr. Coleman is asked at the top of the show to weigh in on the editorial and response letters. The episode concludes with Craig being asked about why he does not regularly adopt Lidcombe and other response-contingency approaches into treatment.

Craig Coleman is an assistant professor at Marshall University and a Board-Recognized Specialist in fluency Disorders (BRS-FD). Craig is currently serving his second term as President of the Pennsylvania Speech-Language-Hearing Association and also serves on the Scientific and Professional Education Board of the American Speech-Language-Hearing Association (ASHA). For twelve years, Craig was a pediatric speech-language pathologist at Children’s Hospital of Pittsburgh, where he served as a Clinical Coordinator in the Department of Audiology and Speech-Language Pathology and Co-Director of the Stuttering Center of Western Pennsylvania Craig is an adjunct instructor at Indiana University of Pennsylvania and Duquesne University. Craig Coleman was second author (with Scott Yaruss and Bob Quesal) in responding to the Marilyn Nippold editorial that StutterTalk has been covering.