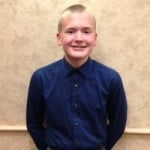 Grant Siegmund, 14 years old, joins Peter Reitzes at the FRIENDS 18th annual convention in Raleigh, North Carolina. Grant has been attending FRIENDS conventions for about five years and stresses how much his confidence has grown as a result.

FRIENDS: The Most Amazing Place in the Entire World (Ep. 543) 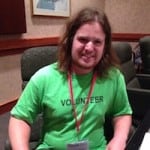 Jackson Hunter, 20 years old, joins Peter Reitzes at the FRIENDS 18th annual convention in Raleigh, North Carolina. Jackson is attending his 7th or 8th FRIENDS Convention and refers to FRIENDS as the most amazing place in the entire world. Jackson discusses the confidence he brings home from FRIENDS which helps him form new relationships. 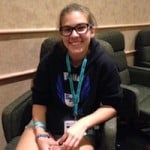 Emily Purkey joins Peter Reitzes at the FRIENDS 18th annual convention in Raleigh, North Carolina. Emily is 16 years old and is attending her first FRIENDS convention. Ms. Purkey discusses the importance of just stuttering over chasing fluency, speech tools being “tricks”,  of using stuttering as a social filter, her very positive experience at Camp SAY and much more. Emily observes that society would not ask fluent people to stutter, so why do we ask people who stutter to be fluent. Emily shares how FRIENDS instantly became family to her and that people accept her without judgement.

Seeking Out Public Speaking Opportunities: From the 2015 FRIENDS Convention (Ep. 541) 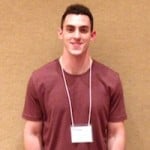 Evan Totty, a 26 year old PhD student in Economics at Purdue University, joins Peter Reitzes at the FRIENDS 18th annual convention in Raleigh, North Carolina. Mr. Totty discusses seeking out pubic speaking opportunities and how helpful it has been for him to embrace the ideas that stuttering is okay and it is okay to be a person who stutters.  When asked to share one very meaningful thing he has learned in speech therapy, Evan discussed how much it has helped him to tell others that he stutters when presenting in his field and when student teaching. 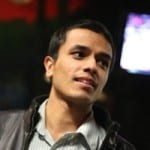 Dhruv Gupta joins Peter Reitzes at the FRIENDS 18th annual convention in Raleigh, North Carolina and discusses how self help in India resembles the early days of self help in the United States. Mr. Gupta is asked about a crowdsourcing fundraiser he is spearheading titled Support Stammering in India. Dhruv describes this fundraiser as a “one-year focused intervention for people who stammer (PWS) in India of all ages to strengthen self-help groups, create & distribute self-help resources, organize workshops/conferences and enrich current therapeutic practices.”

This is the Indian link to the campaign. Dhruv mentioned this article, Running Self Help Groups/support groups which was adapted from a resource written by Michael Sugarman.

Dhruv Gupta is a sustainability advisor at cBalance, a volunteer with The Indian Stammering Association, and the founder of Speak: Stammering Foundation. Dhruv recently facilitated a two day FRIENDS workshop in India and has appeared a number of times on StutterTalk.

Peter Reitzes, MA, CCC-SLP is a person who stutters, President of StutterTalk, a school based speech-language pathologist and author of His Name is Peter Cottontail: My Story Passing as Fluent in the book Stuttering: Inspiring Stories and Professional Wisdom, published by StutterTalk.

Stuttering Openly and Seeing What Happens at the FRIENDS Convention (Ep. 539) 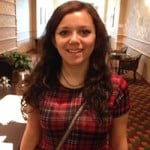 Grace McMahon, 16 years old, joins Peter Reitzes at the FRIENDS 18th annual convention in Raleigh, North Carolina. Grace is attending her 7th FRIENDS convention this summer. Ms. McMahon discusses tearing down the fears of stuttering, stuttering openly, speaking to her entire school about stuttering and her change from focussing on fluency all the time to working on stuttering openly and being happy with herself. Grace shares how both she and her parents have moved from wanting fluency to embracing that stuttering is okay. Grace has a brother who stutters and shared during this episode that “We both stuttering openly; it’s pretty great.”

Paying it Back at the FRIENDS Convention in Raleigh, North Carolina (Ep. 538) 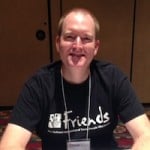 Del Siegmund, father of a child who stutters

Del Siegmund joins Peter Reitzes at the FRIENDS 18th annual convention in Raleigh, North Carolina. Del is the father of a 14 year old boy who stutters. The Siegmunds attend the FRIENDS convention every summer. Mr. Siegmund talks with deep appreciation about the confidence and support that FRIENDS has provided his son who stutters. 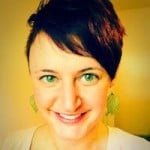 SPOILER ALERT: Today we discuss the television show Orange is the New Black, episode seven of season three, which is titled Tongue Tied. If you have not seen this episode yet you may want to stop and turn off this podcast because there will be spoilers.

Natalie Bragan is a Financial Analyst/Managing Staff Accountant for the State of Maine and a member of the Maine chapter of the National Stuttering Association. 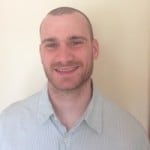 Christopher Constantino joins Peter Reitzes to discuss a current story in the news of passing as black and how this may relate to passing as fluent and passing as stuttering. Chris and Peter begin by discussing the Rachel Dolezal story and move quickly into stuttering topics such as when stuttering is a disadvantage and when it may be an advantage, people who attempt to pass as stuttering, “normal” speakers using voluntary stuttering to get a small taste of the stuttering experience and much more.

Christopher Constantino is a person who stutters and a PhD student in Communication Sciences and Disorders at the University of Memphis. Chris is doing his clinical fellowship in the Shelby County Schools in Memphis and is conducting a research study to understand and contextualize the experiences of passing as fluent for people who covertly stutter. Chris will be hosting some StutterTalk episodes this summer from the International Fluency Association’s World Congress in Portugal, July 6-8. 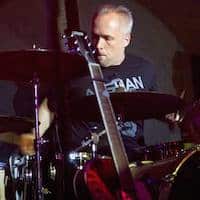 John Coakley joins Peter Reitzes for this very special episode. John is the first person who stutters that Peter ever met. They discuss meeting in college and how difficult stuttering was for both of them at this time. John was very overt at the time and Peter was passing as fluent. John is asked about his style of talking openly and humorously about stuttering at poetry readings, about a recent study on stuttering and rhythm perception, being a drummer who also stutters, disability and impairment, deciding when participating in the stuttering community is productive for an individual, a recent Ed Sheeran speech on stuttering, the messages we project to children about stuttering and much more.

John Coakley is an Archivist, Drummer, and Photographer who lives in New York City’s East Village with his amazing wife and two confounding, yet ultimately lovable, cats. His band is called Dirty Wings and his photography can be found on the Etsy shop Postcards From NYC.