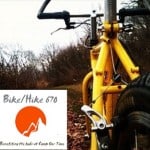 Corey Caporale joins Peter Reitzes to discuss Bike/Hike 670 which is raising both stuttering awareness and funds for Camp Our Time scholarships. Corey has embarked upon a 670 mile biking and hiking adventure from Chicago, Illinois, to Camp Our Time, in Hendersonville, North Carolina.

COREY CAPORALE serves on Our Time Theatre’s Board of Directors, created Bike/Hike 670 which is a fundraising initiative for Camp Our Time scholarships, and works and lives in Chicago with his wife and two kids. Corey is a person who stutters and over time has learned to embrace his speech rather than fight it.

During this episode, Peter mentions Stutter Across America which was “a mobile stuttering awareness tour and mobile support group” that facilitated 8 workshops in 2002 across the United States. Peter was one of the co-faciltators.

Taro Alexander and Caryn Herring join Peter Reitzes to discuss the programming at Our Time. Our Time is a highly respected organization which has been helping kids who stutter since 2001. Taro and Caryn are asked about Our Time’s services which includes arts programs, a summer camp in North Carolina, speech therapy and the October 2013 planned launch of new programs in Westchester, Long Island and New Jersey.

TARO ALEXANDER, Founder and Director of Our Time, is an accomplished performer, teacher, and director who has stuttered since the age of five.

CARYN HERRING is a person who stutters, Our Time’s resident Speech-Language Pathologist and hosts the StutterTalk B Team with Joel Korte and Roisin McManus.

Camp Our Time Wrap Up with Caryn and Joel (363) 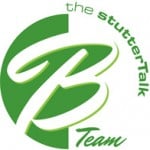 CARYN HERRING and JOEL KORTE (of the “Stuttertalk B Team”) discuss stuttering and their recent experiences at Camp Our Time.  This is the final of three episodes Caryn and Joel recorded about camp. Joel was a camp counselor during the 10 day sleep away camp and Caryn’s duties centered around her work as Our Time’s resident Speech-Language Pathologist.  They discuss the absence of shame associated with stuttering at camp, the changes the kids experience at camp, and the camp’s ability to allow people to be themselves.

The Awesomeness of Camp Our Time (359) 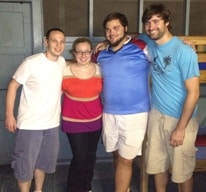 Caryn Herring and Joel Korte are at Camp Our Time and are joined by Dylan Reid and Danny Litwack to discuss stuttering fun, the camp and much more.

CARYN HERRING and JOEL KORTE (of the “Stuttertalk B Team”) discuss the awesomeness of Camp Our Time and are later joined by DYLAN REID, DANNY LITWACK and others. This episode offers a “behind the scenes” peak at Camp Our Time and StutterTalk while the staff eagerly awaits the arrival of the children and teens.This is the first episode of hopefully several that Joel and Caryn are recording from Camp Our Time. Join the conversation at the StutterTalk Facebook page or Send a voice message. 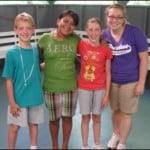 This is the third and final episode recorded at Camp Our Time in the Blue Ridge Mountains of North Carolina. Today we speak with three children about Camp Our Time, fun activities, stuttering, making new friends and so much more.

Stuttering: The Gift of Empathy (294) 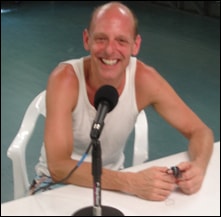 During today’s episode Carl Danielsen joins Peter Reitzes to discuss his experiences with stuttering, Our Time, meeting Taro Alaxander (the director and founder of Our Time) and so much more. This conversation was recorded at Camp Our Time in the Blue Ridge Mountains of North Carolina.

CARL DANIELSEN, an Associate Musical Director for Camp Our Time, has worked as an actor in NYC. Regionally Carl has done A Marvellous Party at Northlight Theatre near Chicago, for which he won a Jeff Award; Cole! for San Jose Rep, Marines Memorial and as part of the LACLO season, winning two Bay Area Theatre Critics Circle awards (one for acting, the other for musical directing) and a Dramalogue award.  Other favorite roles include World Goes ‘Round at TheatreWorks in California where he won his second BATCC award as supporting actor; Taming of the Shrew and Oh, Kay! for the SF Shakespeare Festival, winning a third BATTC award for supporting actor and Oedipus Rex at the Denver Theatre Center (where he met Taro Alexander in 1996).